“The intangible effects of a rebranding can be profound. This situation proves it.”

AUTHOR’S NOTE: As a student at the University of Ottawa, I would walk from the Rideau centre to campus a lot. Every time, I would pass a few homeless people along the way. I always thought to myself: Why isn’t anything being done about this homelessness problem? I felt really guilty about it too, as if I should have taken matters in to my own hands. If you were to have told my younger self that only a few years later, I would be helping homelessness initiatives in Canada through marketing, I would have called you crazy… Yet, here we are.
I had the incredible pleasure of working very closely with the Homelessness Partnering Strategy (HPS), a division of Employment Social Development Canada. They are in charge of delivering a nationwide program to reduce and eliminate homelessness in Canada. Yes, I know what you’re thinking. There’s a division in the federal government dedicated to homelessness? I had the same reaction when I got their call. And the answer is yes. On top of that, HPS, as well as the communities they fund, are making a HUGE difference in Canadian homelessness. It’s a great initiative. You might also be thinking: Where does marketing come in to play with trying to reduce Canadian homelessness? Good question. Allow me to explain:

The need for a rebrand.

HPS partners with its stakeholders (local organizations called community entities and community advisory boards) to help implement the Housing First approach – said to be the proven way of achieving this daunting mandate. The problem is that Canada is an incredibly diverse country; this is true for Canadian homelessness too. The homelessness needs in Vancouver, BC are totally different from those in St. John’s, NFL. This idea was echoing throughout the frontlines too. Some of their community members were vocal about how the Housing First approach wasn’t suited to meet their local homelessness needs.
This resistance to operationalize the government’s strategy was a result of many factors. One of which, was the communities’ perception that the Canadian federal government wasn’t aligned with their local needs and initiatives. The communities felt as though HPS was taking a top-down approach, rather than working with them.

"The problem is that Canada is an incredibly diverse country; this is true for Canadian homelessness too. "

HPS got the memo. The feedback was loud and clear. The team at the Homelessness Partnering Strategy actively briefed the Minister’s Office on these issues and that it was time for a change. In effort to improve program delivery, HPS set forth a plan to improve the way they communicated with these stakeholders - that’s how marketing comes into play. The rebranding of HPS was among the priorities in this plan.

This was the HPS banner prior to the rebrand: 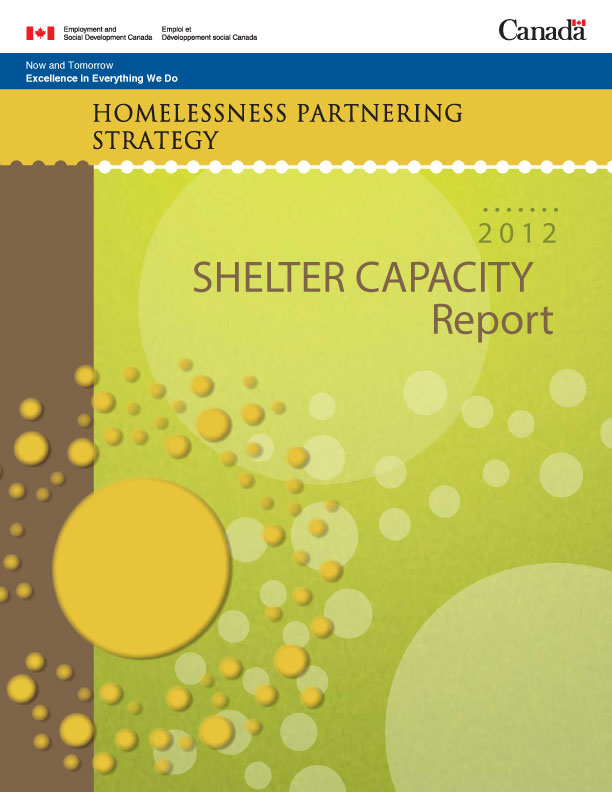 This banner was developed internally. The concept behind the circles was to graphically represent Canadian Homelessness initiatives. The large circle represented HPS surrounded by smaller ones, which were said to be the communities. The choice of colours was simply explained: “We couldn’t use any colour that was employed by a major Canadian Political Party, except for the royal Conservative blue, which paid homage to the Tories (who were in power at the time). Without being able to use shades of red, blue and orange, you don’t have many colours to choose from. So, green, brown, and yellow it was!” Some people internally were quite vocal about disliking this look. I’ll paraphrase their opinions:

In short, this branding didn’t represent the Homelessness Partnering Strategy. Plus, the communities didn’t identify with it at all. The need for a rebrand was well justified.

Through various consultations with the Homelessness Partnering Strategy and extensive research, we came up with criteria for their new look.

This was the end result: 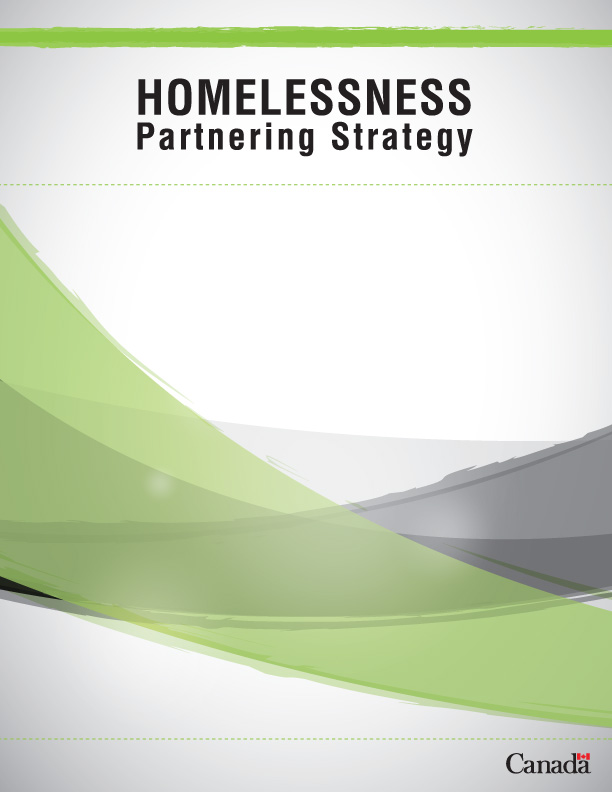 It was apparent that this was still a federal government initiative with the Canada logo at the bottom right hand side of the page, but this rebrand definitely reflected the uniqueness of the HPS program. It was professional and, at the same time, very organic. The design – use of colours, paint strokes and massive lines - was dynamic. It was suggested that the lines appeared to represent homelessness initiatives from coast to coast. The use of green was subtle (it didn’t suggest that HPS was partial to the Green Party of Canada) and this colour was also the common point between the old and new look. The shades of grey fittingly represented the fact that homelessness initiatives aren’t so black and white. This new look really appealed to HPS. They only hoped that the communities would feel the same way…

HPS launched their new look at a national workshop they organized in the winter of 2015, where representatives from all community entities and advisory boards were present. The response was overwhelmingly positive. An HPS representative spoke with me after the fact about how well the communities responded to the rebrand during this workshop. Congratulations and compliments were given left, right and center. The renewed look certainly inspired everyone in the room. The communities seemed to really warm up to HPS; they were much more receptive and collaborative during the proceeding presentations and discussions as compared to the resistance that was felt at previous workshops. This look didn’t only inspire and engage the communities, it did the same for the people working at HPS too - proof that a successful rebrand can have an incredible impact on both internal and external perceptions.  The rebrand couldn’t have occurred at a better time either. HPS was launching several other innovative initiatives following its rebrand. It was said that the communities’ renewed trust in HPS greatly helped the adoption of a national online homelessness forum – to my knowledge, the first of it’s kind in the world - and the national Point-In-Time Count.

The intangible effects of a rebranding can be profound. This situation proves it. In the case of HPS, it can truly be said that something as simple as a renewed brand image helped restore their communities’ trust. It has since significantly improved the way HPS and these communities collaborate to locally implement the federal homelessness initiatives designed to achieve their core mandate. When you really think about it, this rebrand helped to reduce homelessness across Canada. That’s truly priceless. It was an honour for me to take part in this undertaking. I want to personally thank HPS, the designated communities and everyone else that deserves credit for contributing to this incredible homelessness cause. For everything you do, thank you. If you are unfamiliar with the incredible programs that are being offered to reintegrate Canadian homeless people back into society through permanent housing and supports, I highly recommend that you to read up on it. 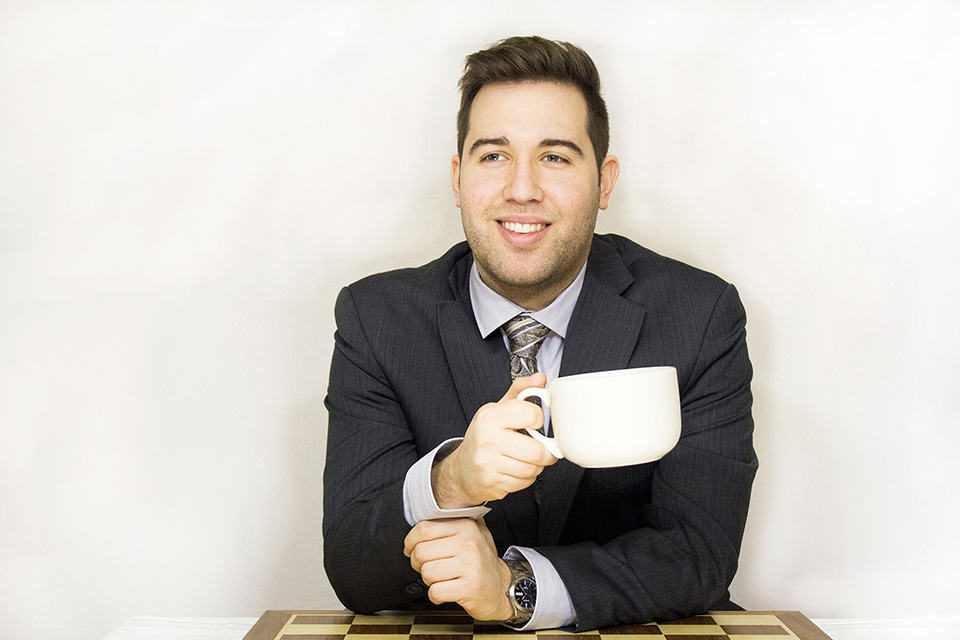 Meet Fortified Marketing's founder and lead marketing consultant. Taro loves reading fascinating articles on various marketing-related subjects, just as much as he enjoys writing about them. When he isn’t savouring a latte while working on his newest blog post, he can be found at a coffee shop in Ottawa's Little Italy, or marathoning shows and documentaries on Netflix.

Be in the know

(without having to remember to be in the know).

Our latest blogs go well with espresso and a warm croissant! Get them sent conveniently to your inbox when they are hot off the press. Subscribe to get Smarketing. 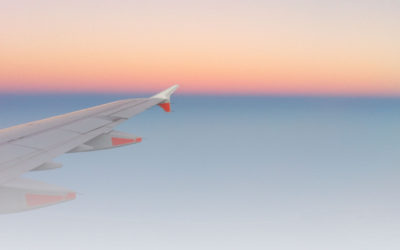 Important Marketing Activities for Companies in the Tourism Industry

As the search for information occurs almost exclusively within the digital space nowadays, companies that operate in the tourism industry should have a marketing strategy that is digitally focused. Here are a few ideas that should be considered: search engine optimization (SEO), website translation, engaging online content, quality & quantity of reviews, customer retention.

END_OF_DOCUMENT_TOKEN_TO_BE_REPLACED 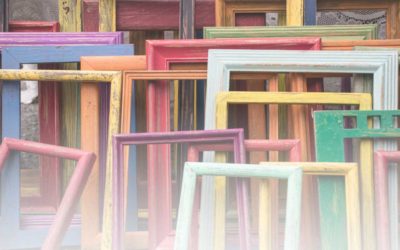 Free stock photography will save you money, time, and adds high-quality visual appeal to your marketing content.

END_OF_DOCUMENT_TOKEN_TO_BE_REPLACED 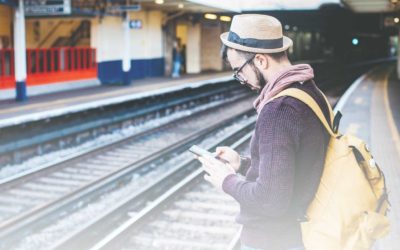 Working with Millennials: Why your business should hire them.

Having a Millennial on your team opens up an opportunity for innovation and creativity. Not only do Millennials multitask a lot better than previous generations, they often think outside of the box and are extremely tech-savvy. Forward-looking employers are embracing the next generation. They are working with Millennials, leveraging their unique characteristics to help move their business in the right direction. There are a number great things about working with Millennials. Understanding these qualities and knowing how to use them can greatly benefit your business.

END_OF_DOCUMENT_TOKEN_TO_BE_REPLACED

Maybe your network will too!